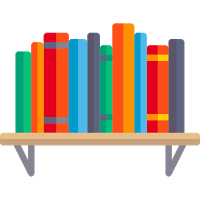 After what seemed like an extended Summer, Fall has finally reached Morocco, and nothing sounds better than lounging under a pile of blankets with a good read. Every season, the GAD Committee likes to recommend gender-friendly, insightful books to our readers. However, we changed things up a bit this season and decided to reach out to the entire Peace Corps Morocco community for recommendations. Here are five books that some of our second-year volunteers want to put on your radar:

All Strangers Are Kin: Adventures in Arabic and the Arab World by Zora O'Neill
My Ántonia by Willa Cather
We Share Walls: Language, Land, and Gender in Berber Morocco by Katherine Hoffman
Beyond Feminism and Islamism: Gender and Equality in North Africa by Doris Gray
Orlando by Virginia Wool 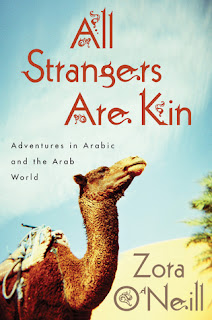 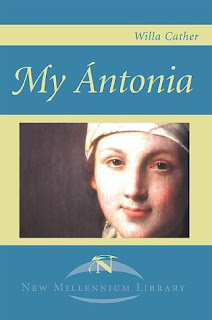 My Ántonia by Willa Cather
"Coming up on the hundredth anniversary of its publication, My Ántonia still resonates important, contemporary themes: immigration and xenophobia, the changing roles of women in society, leaving what is known for the unknown, and more. Perhaps because I read this novel in a rural Moroccan farming town, but certain characters and situations in this turn of the 20th century American prairie tale reminded me of some of the young women I know here. Some who have seemingly limited options (i.e., marriage, hard farm and household labor, or most often both) once they pass a certain age or arbitrary threshold. Like the narrator (who is male, but written by a female author, which makes for an interesting lens), I am often critical of these choices--if they can be categorized by that--and may take my frustrations out not on the societal expectations and hypocrisies that perpetuate such limits, but rather onto the girls and women who are most affected by it. Also like the narrator, I need to trust my friends' judgements because I will never have to hold the same court as them due to the privileges I possess. To see how far and yet how little U.S. society has progressed in a century, with an opportunity to compare and contrast it with sections of 2017 Moroccan society, read My Ántonia." 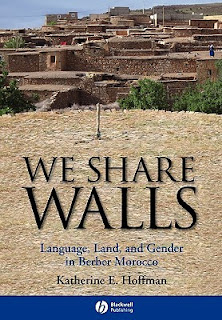 We Share Walls: Language, Land, and Gender in Berber Morocco by Katherine Hoffman
"We Share Walls: Language, Land, and Gender in Berber Morocco is an excellent introduction to the life and culture of Amazigh women in the Anti-Atlas Mountains. This anthropological work examines the crucial role of monolingual Tamazight-speaking women in the preservation of Amazigh culture along with the insights into the daily lives of the Amazigh people. Examining how culture and tradition have shifted for the Amazigh people of the Anti-Atlas, Hoffman also explores the perceptions women possess of themselves, life in their ancestral mountain homes, and the increasing urbanization of Morocco. A must-read for those interested in modern Amazigh culture and rapidly changing lives of rural Amazigh women."
Recommended by Kelly Parliament 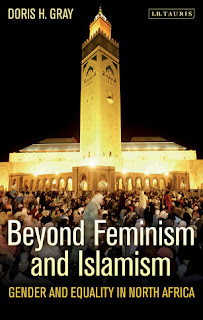 Beyond Feminism and Islamism: Gender and Equality in North Africa by Doris Gray
"I recently read Beyond Feminism and Islamism: Gender and Equality in North Africa by Doris Gray. Although the title says it's about feminism in North Africa, most of the information is about Morocco. What I love about this book is how it describes the issue of women's rights in Morocco from many different angles, instead of just from a strictly Western lens. Doris did a great job really getting to know the many different actors who take part in advocating for women's empowerment, including both religious actors and secular organizations. Another aspect that I enjoyed about this book is that it's a very approachable read. It's not a typical academic read with lots of jargon, but instead a very informative book, simple and fluidly written. It's also a great read for PCVs interested in working with other organizations, as she mentions a wide variety of nonprofits that serve in Morocco. I finished this book feeling like I understood the country that I am serving and the current state of its women's movement at a much deeper level."
Recommended by Olena Semenova 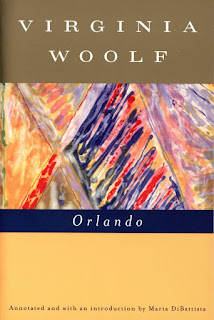 Orlando by Virginia Woolf
"Imagine a sort of tongue-in-cheek, satirical-yet-heartfelt biography of Virginia Woolf's lover, Vita Sackville-West--and it's also an early feminist look at gender identity and sexual orientation. But now imagine it's also a mocking send-up of British literature and history--almost like a parody of boring old biographies. Except this time, the main characters inexplicably live for about 300 years, interacting with the changing world as they go along. Oh, and the main character changes gender halfway through the novel and has to suddenly look at life and the world through a woman's eyes. The result is one of the most charming, heartfelt, and entertaining looks at gender roles that I've ever read--and a really accessible introduction to the genius of Virginia Woolf. I hated British literature before I read this. Now I still hate British literature--but I love this one specific book! It also offers an eye-opening (and often upsetting) look at the ways European society viewed the Islamic world a century ago. Many of the major scenes (including the main character's transformation) take place in Ottoman Turkey, and you can find a ton of interesting discussions out there about the orientalist and problematic aspects of the novel--making it a great example of the ways a piece of writing can feel socially ahead-of-its-time in some ways, and still problematic in others. If you're looking for a novel to sit at the crossroads between amazing literature, gender studies, and Western interactions with Islam, I'll meet you there with a copy of Orlando."
Recommended by Michael Triozzi